At the end of the article, a discount code to a full-day, high-level May 2nd seminar at MIT in Cambridge, MA. Join 200-300 others to learn how blockchain has begun to overhaul global technology, and thereby, enabled new economies to impact the human endeavors of the world we live in.

How this adventure began…

“What are you getting into next, Mike?”

A former co-worker of my wife asked during a lovely evening out. It was a simple enough question that has now become one of the many fence posts in my adventure - one I hope to always remember. “I’m getting into blockchain. I see it as the next big thing in technology.”

Her eye’s twinkled. “Oh yeah – blockchain. Have you heard of Algorand? It’s a Boston blockchain company. I used to work with someone there.”

With a quick glance at my wife, I sat up a little straighter. Diane and I both have come to appreciate the last-minute, unexpected things in life.

This simple, fortuitous exchange launched a remarkable sequence of events in the course of just one week that brings me to this blog post.

While researching Algorand first thing Monday morning, I saw a reference to the upcoming Boston Blockchain Week in May.

For a moment I must digress…

Just days before our dinner, literally the first call I made upon deciding to jump into blockchain was to the inimitable Shefi Ben Hutta, founder of CoverageR - a brilliant and popular new-media outlet and consultancy at the very center of the InsurTech ecosystem.

Shefi invited me to a NYC meet-up of the CoverageR community happening the very next week. Shefi also referred me to the Blockchain Activity page on CoverageR that covers proof-of-concept projects in insurance. Shefi is hosting a Blockchain in Insurance Webinar.

Shefi also invited me to walk a couple Manhattan blocks to the Salesforce building to attend a Salesforce FinTech ecosystem event. Two events for the price of one! Glad I made the trip!

Bill Tyson, a great friend and InsurTech expert 10 years before InsurTech was even a thing, recommended a book I’ve been plowing through, both in hard copy and Audible.

“Life After Google: The Fall of Big Data and the Rise of the Blockchain Economy”

If you are not sure about “this whole blockchain thing,” this book will connect the dots. In Life After Google, George Gilder has given us an extremely coherent narrative of how and why blockchain is emerging. Numerous true stories challenge the status quo of current tech giants we all know - and have grown suspicious of for their intrusion into our private lives.

Following is a sample from Chapter 18, “The Rise of Sky Computing,” which contains an eloquent comparison of the “Blockstack” with the well-known layers of the current Internet. Bracketed items are referred to elsewhere in the book or simply helpful references.

“As a global copying machine, the Internet founders [see definitions 2-4] in establishing origins, facts, truths, timestamps, and ground states. Beyond the slippery slope of the Internet, the blockchain can provide an immutable database on which to build new structures of trust.

“Once data are planted on the global blockchain, it is no longer necessary to create a physical enclosure to organize a vast parallel computer. It is no longer reasonable to aggregate computation beside remote rivers [e.g. Google’s data center at Dalles, OR] or in arctic climes or to launch supercomputers into the chill of outer space. Just as the Internet could mobilize rooms [Airbnb] or cars [Uber] or even the labor of private citizens around the world, so blockchains can organize the computers of the world. When the computers are so engaged, it will be only a matter of time before the rooms and cars and jobs will follow.” 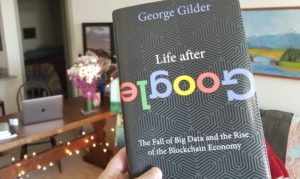 All this to say…

Much has happened in the first three weeks of the adventure. One thing has come through loud and clear: Blockchain is a big deal. I am excited for more insurance folks to join the transition. 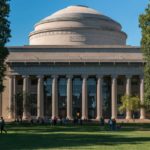 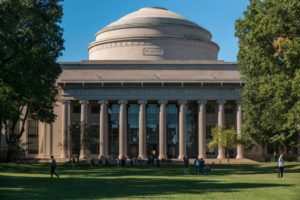 While researching the mostly free, decentralized, yet nicely organized event promoted by the Boston Blockchain Association, I discovered a 1-Day, fee-based Summit:

MIT’s “Business of Blockchain”. Held at MIT’s Media Lab in Cambridge, this event will address operational use cases of blockchain across industries.

MIT, a world-renowned educational institution, publishes Technology Review and has launched the Digital Currency Initiative to promote blockchain-backed cryptocurrencies such as Bitcoin and others.

MIT has strategically provided a 15% discount code to share with my network as an incentive to attend the "Business of Blockchain" 2019. Come on! It’ll be fun and oh-so informative – and it’s MIT – and Boston!

Blockchain left the ground in 2018. Now is the time to jump on the elevator for the adventure to the top. Let’s get to work and start preparing for the 2020’s. 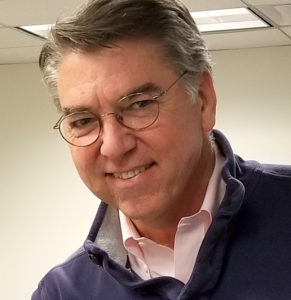